The effect of temperature on the pet

The effect of temperature on the pet

Scientists at the University of Nanjing in China and the University of Florida studied the effect of water storage in 16 brands of water bottles in China. This rabies test was performed based on the settings at three temperatures:

According to studies in 2009, researchers investigated the amount of two substances in mineral water bottles - antimony and bisphenol antimony (bisphenol A (BPA) after one, two and four weeks.

Antiman has found a small amount of heavy metal that contributes to lung, heart and digestive diseases. The International Agency for Research on Cancer has classified antimony trioxide, a form of metal, as a "potential carcinogen".

BPA is a chemical substance that can replace estrogen in humans and is found in some plastics. The FDA has banned the use of this substance in bottles and baby cups.

The researchers observed that with increasing temperature and time, a high degree of antimony was detected in a bottle of water. Particularly at 77 ° F, the antimony release was twice as cooler, although the amount of released material varied in different brands, and in six brands of the 16 brands tested at 77 ° F, significantly A senior expert said that BPA levels in only 3 bottle brands increased at this temperature, although its concentration was not as worrisome as it was. But the presence of BPA in a plastic bottle of water is still a mystery over time. Because the theory of BPA should not be in the plastic compound. An explanation of this issue is that if you use a small amount of BPA during the production process, especially if you use recycled plastics, this is an impurity.

At 158 ​​degrees Fahrenheit, the warm inside of the car, the concentration of antimony has steadily increased, an increase of about 319 times the amount of metal in comparison with the temperature of the refrigerator. Of course, this value, which is 0.00026 mg, was lower than the normal limit of 0.0006 mg. Of course, in countries like Japan, it is more stringent than normal.

Scientists estimate that the worst form of the story of drinking brandy bottled water is heavily infected, which could mean taking 0.0004 mg antimony per kilogram of body weight per day, which they said could be a health hazard, especially for children in To have.

Another case to be considered is the concentration of calcium that is commonly found in mineral water bottles and has been observed to increase antimony release. Thus, the researchers wrote in a paper that the risk of released anti-freeze for health from polyethylene bottles in the study was negligible.

However, polyethylene is a very common ingredient in the manufacture of plastic bottles and food containers, and although this research has been conducted in China, antimony has been found in bottles in the United States, but its amount is unknown.

However, it is advisable to avoid water storage and use in plasti… 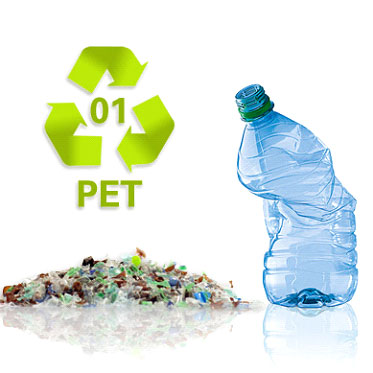